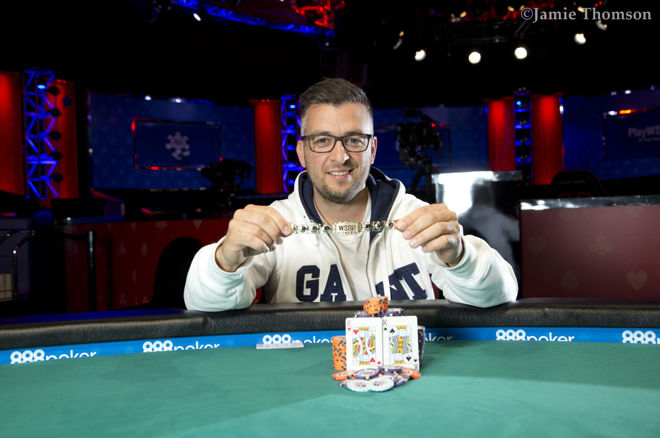 It was just another day in the office like feeling for the Swedish professional RifatPalevic who won the event in just 15 hoursof play. He outlasted strong 1,868 entrants taking part in this event to win his first gold bracelet at a WSOP event and he did it in great style.

By virtue of this single day event win, Palevic took home $183,903 as first place prize money along with his first gold bracelet. The event started at 11am local time and by 2 am late in the night the event ended.

When so many events at the WSOP this year have moved on to the 4th day, this event was a big surprise to have completed in 15 hours. The levels had a length of just 20 minutes and there were $300 bounties on offer for every knockout won.

Palevic said after winning the event that everything is still going on in his mind at the moment. He is very happy with the turbo format of this event and this was why he was able to achieve the win in less than 15 hours. He felt that the event could not be held with better timing and pace and it looked like the event was born for him. He is very happy to play in turbo tournaments and is also equally happy to take part in the normal tournaments. It was nice to play the game with bounties and he loves taking part in the tournaments held in the United States.

Palevic entered the final table as the chip leader. He soon busted the 9th, 8th, 5th and 3rd place finishers on the final table to set up a head-on battle with Ryan Olisar. Ryan was sent to the second position in the deep run to settle for $113,581.